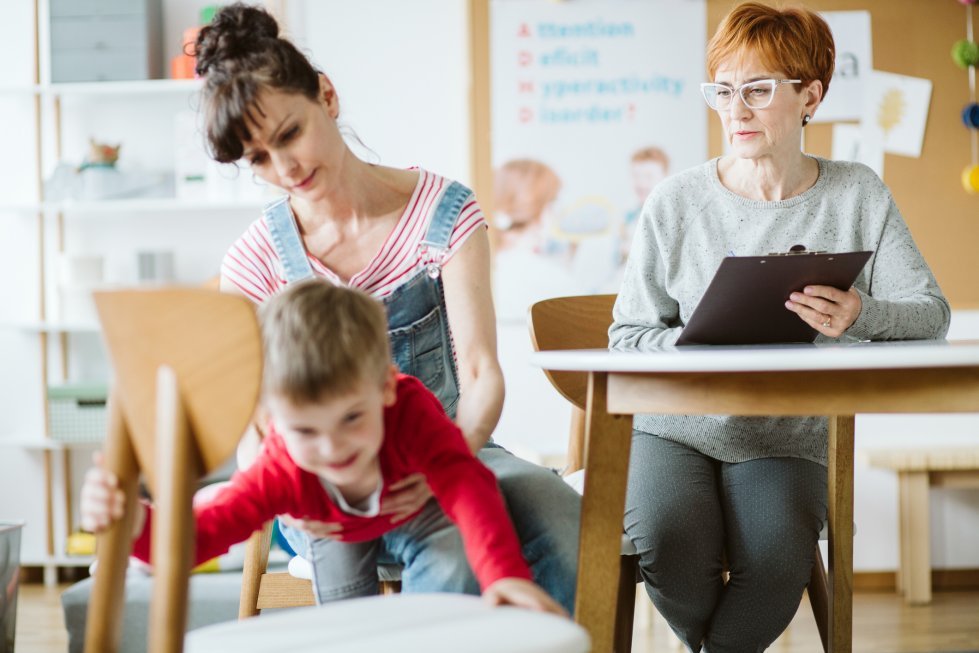 An important distinction must be made at the beginning of our article addressing the best medication for a child with Attention Deficit Hyperactivity Disorder. ADHD affects people in different ways, and it’s not possible to even begin to define the ‘best’ medication for your child. We are planning in this article to describe the scientific basis for the most commonly described medications currently in use, but for every individual patient, it is essential to have proper guidance from qualified healthcare professionals and pharmacists before deciding on a course of treatment.

The standard definition of the condition is that it is a mental health disorder that generally results in behavioral problems such as inattentiveness, and hyperactivity or impulsiveness. It usually becomes diagnosed in children as they mature into early school-going age, but symptoms may begin to manifest earlier. In general, about 60% of children who have ADHD will continue to show some signs of the disorder into adulthood, but usually to lesser degrees.

What are the Current Medications?

The most common classes of medications currently prescribed are separated into two groups, methylphenidates and amphetamines. They are chosen primarily based on their speed of reaction in conjunction with known side effects.

Methylphenidate affects how dopamine and norepinephrine are recycled in the prefrontal cortex, an area of the brain that controls mood. This may explain how it works in ADHD. Amphetamines work to increase the supply of dopamines to the cortex. Basically, they both have the same effect of raising dopamine levels. Dopamine is a “feel-good” chemical, and this contributes to its rapid action for ADHD mood and activity effect.

The drugs are usually prescribed in either short-acting form, administered every 4 hours or when ­needed, or in an extended-release form, usually taken once a day in the morning.

Multiple clinical trials in 2018 showed that methylphenidates caused fewer side effects, whereas amphetamines worked better, and faster, at lowering symptoms of ADHD. As a result, ADHD specialists usually prescribe methylphenidates as the first choice when treating children and adolescents.

In 2016, an estimated 6.1 million U.S. children aged up to 17 years had at some point been diagnosed as suffering from ADHD. Of these children, 62% were taking medication.

Doctors need to spend a considerable amount of time to find the correct dose for the individual patient, which varies from child to child, and it may need to be adjusted if side effects occur and again when the child matures.

What are the Adverse Effects of Stimulant Drugs?

There may also be serious problems with addiction, especially in teenagers and young college-going adults. Dopamine can create feelings of euphoria. Prescribed stimulants accelerate the rate at which natural dopamine is created by the body and the sensations of pleasure increase. This can increase the desire for more of the stimulant and eventually to addiction in a feedback loop.

There may be genetic influences that make the user more likely to become addicted. Psychological issues may also contribute to the increased need for psychostimulant medication, such as anxiety, depression or unresolved conflicts. The increased production of dopamine helps the sufferer to find temporary relief from the underlying issues that can harm them if left untreated.

What Other Forms of Medication are Effective for ADHD?

There is a general class of drugs that work differently from amphetamines and methylphenidate, without affecting dopamine production or uptake. Serotonin reuptake inhibitors (SSRIs) work by raising levels of norepinephrine in the cortex, to address symptoms of ADHD. They are all long-acting drugs, and are marketed under the names Intuniv, Strattera, Tenex and Kapvay. A new drug called Qelbree, with the same effect as a non-stimulant, was released in Q2 2021.

There is considerable evidence that boosting the levels of polyunsaturated fatty acids (PUFAs), more specifically omega-3 fatty acids, can have beneficial effects for people living with ADHD. Omega-3 is not produced in the body, but must be part of the dietary intake. The best source of PUFAs is cold-water fish such as salmon, sardines, tuna etc. However, modern diets are generally lacking in sufficient amounts of these. Simple dietary supplements are available with high levels of omega-3, especially with the compounds that are known to be most beneficial for ADHD in children, eicosapentaenoic acid (EPA) and docosahexaenoic acid.

Medications cannot cure ADHD. The current drug therapies are all designed to help control and mediate some of the chemical and physiological processes that contribute to the behavior of sufferers. It is essential to consult with professional health providers and pharmacists before starting or changing any drug therapy for children with ADHD.