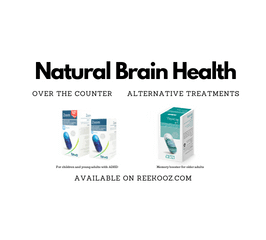 The basic ingredients of Zoom and Vayacog are very similar, but the specific differences between them make them especially suitable for effective treatment of very different conditions. This serves to emphasise that they both are wholly natural and essential remedies that are in tune with your body’s needs.

First, the specific differences in components and effects.

Zoom is intended to control the symptoms of attention deficit hyperactivity disorder (ADHD) in children, teenagers and adults. It is a food supplement specially formulated to supply omega-3 fatty acids, whose deficiencies are often associated with ADHD. The main symptoms of ADHD in children are disruptive and hyperactive behaviors at home and at school. In adults, typical symptoms may be lack of attention to important details; inattentiveness, restlessness and talkativeness lack of focus or alternatively hyperfocus, and impulsivity

Zoom contains the same dietary ingredients as Vayarin, which was used for many years until its withdrawal in 2018.

How does Zoom Work?

The body can’t make omega-3 fatty acids on its own. It gets them through the food you or your child eats, or else through a dietary supplement. Zoom acts as a source of the most important omega-3 fatty acid effective in cases of ADHD, which is EPA. For many years nutritionists have been saying that people should be eating cold-water fish like trout, salmon, sardines at least twice each week. Researchers have identified exactly what makes the oil in cold-water fish the best nutritional source – it contains optimum levels of the necessary kind of fatty acids, which is omega-3. The modern diet of processed food has skewed the ratio of polyunsaturated fatty acids (PUFAs) strongly toward omega-6, resulting in a deficit of omega-3.

Zoom enriched with EPA-enriched omega-3 boosts the body’s supply of dopamine, which is required in neurotransmission and is essential for the brain’s functions of cognition, memory and focus.

Vayacog is a food supplement for older people especially formulated for the clinical dietary management of lipid imbalances, so as to supply nutrients aimed at relieving memory loss and cognitive dysfunction generally diagnosed as Early Memory Impairment (EMI). Low lipid levels have been related to raised levels of brain and body inflammation associated with EMI.

Vayacog is a supplement supplying two omega-3 fatty acids –  eicosapentaenoic acid (EPA) and docosahexaenoic acid (DHA) along with phospholipids in oil form from cold-water fish along with krill, which supplements the levels of PUFAs.

How does Vayacog Work?

Vayacog is a unique combination of phosphatidyl serine and enriched with omega-3 docosahexaenoic acid (DHA) and eicosapentaenoic acid (EPA). The activity of the unique compound has been proven as improving a variety of memory indices.

What are the Shared Effects of Zoom and Vayagog?

Both Zoom and Vayacog supply high doses of omega-3 fatty acids. The human brain requires these fatty acids for proper function. Currently, most people’s food intake is lacking in omega-3 fatty acids, especially DHA and EPA, because they no longer have access to sufficient DHA- and EPA-rich seafood. There is also a growing imbalance between omega-6 fats that are present in processed foods and vegetable oils, compared to omega-3 fats which come largely from fish. A number of health issues including ADHD and EMI have been linked to this imbalance.

Zoom and Vayacog are both completely natural dietary supplements that can be easily added to your daily intake. There are very few side effects or negative indications and they are both available over-the-counter.

Click here to read more about Zoom and Vayacog.