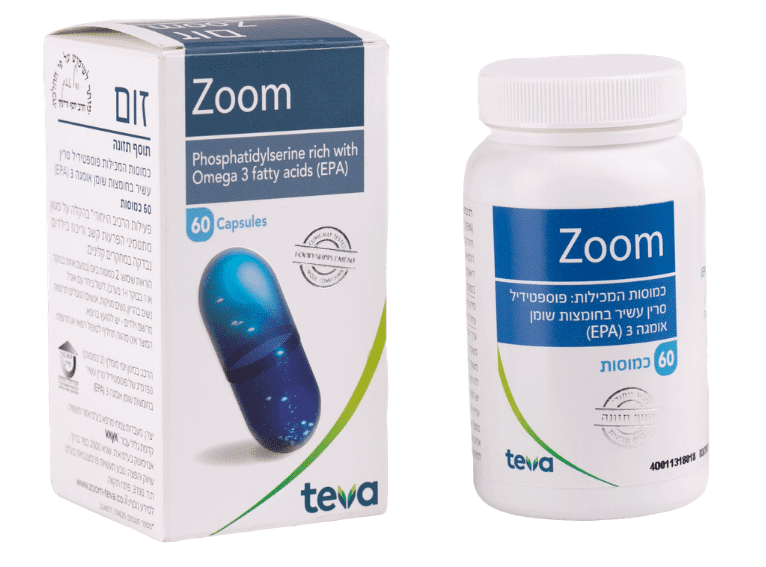 NOTE: ZOOM and Vayarin are effectively the same product, with just a name change due to a change in sourcing of the medication in 2018.

Between 2011 and 2018, the pharmaceutical company based in Israel known as Enzymotec produced a very effective oral medication known as Vayarin that was relied upon by many families all over the world with children affected by ADHD. As an effective treatment, it brought real relief with almost no negative side effects. It’s purpose was to help manage dietary imbalances that are associated with attention deficit hyperactivity disorder (ADHD) in children.

However, in 2017, Enzymotec was sold to another food extract producer and that company withdrew Vayarin from the market because they were going to use the factories that were making Vayarin for other purposes.

Many people were looking for another over-the-counter medication that worked as well as Vayarin, and the Israeli generic drug manufacturer Teva launched Zoom, which is effectively the same medication as Vayarin with the same ingredients and formulation, and is administered the same way.

ZOOM is the Same as Vayarin

Like Vayarin before it, Zoom is a clinically tested dietary supplement that brings various vital nutrients that the body needs to function optimally, mainly the polyunsaturated fatty acids (PUFAs) that are so beneficial to alleviation of the symptoms of ADHD.
Zoom is available in tablet form and has minimal known side effects or drug interactions, making it easy to add to the daily diet of a child with ADHD.

Zoom is a dietary supplement administered as a clinical nutrition management option either on its own, or along with doctor-prescribed medications. The active ingredients in ZOOM, mainly omega-3 fatty acids, work to correct lipid deficiencies. These are generally believed to produce the chemical imbalances that contribute to the symptoms of ADHD, as explained below.

ADHD is one of the most common neurodevelopmental conditions in children. It causes a range of disruptive and hyperactive behaviors. ADHD sometimes manifests itself in two distinct types of behavioral problems – either inattentiveness, or hyperactivity / impulsiveness, but most frequently people with this disorder show both forms to some extent.

The causes of ADHD are not yet fully understood, but it is believed to be a combination of factors, including unusual metabolic processes that may be inherited, the structure of the person’s brain, and other fundamental biological processes. Most significantly, children with ADHD may have a chemical imbalance in the levels of neurotransmitters, especially in dopamine and norepinephrine, affecting how nerve cells function.
One of the most important causes of ADHD, which is often missed, is dietary deficiencies. Studies have shown that children with ADHD whose diet had been supplemented with omega-3 showed favorable improvements, with lower hyperactivity and impulsivity, along with improved attention, visual learning, word reading, and working/short-term memory.

What is Zoom Made From?

Zoom, like Vayarin before it, is a tablet designed specifically to deliver omega-3-rich phosphatidylserine supplemented with eicosapentaenoic acid (EPA) which was found to be most beneficial in treating children with ADHD.
Phosphatidylserine’s role is in keeping the mind and memory sharp. It covers and protects cells in the brain and acts in transmission of messages between them by enhancing the activity of dopamine neurotransmitters.
The combination of all these in ZOOM has provided people with ADHD with the essential compositions needed to support and maintain the proper functioning of the brain.

How Does Zoom Work?

ZOOM is a formulated food supplement meant to be taken for the dietary correction of lipid imbalances. It is used to help alleviate ADHD symptoms in children.
ZOOM is specifically designed to increase the volume of omega-3 fatty acids your child's body receives. A child's body cannot manufacture omega-3 fatty acids on its own. It receives them through the food they eat or else with a dietary supplement.
Omega-3 is an essential food component that boosts the body's supply of dopamine, which is required in neurotransmission. Many prescription medicines for ADHD also try to target dopamine production, which is essential for the brain's functions of cognition and memory.
Nutritionists have said that the oils contained in cold-water fish like salmon, sardines, and tuna are the best natural source of omega-3 fatty acids, loaded with the correct type.

Why is Zoom Preferable to Eating Oily Fish?

There is a limited selection of the right fish, which must be cold-water species. In many parts of the world, especially in areas far from the oceans, these fish are expensive and not always available.
There is also the danger of toxic intake of mercury and lead from fish coming from polluted waters. Although general tolerance levels may indicate they are safe, these levels are not based on the more frequent intake of these metals when fish becomes a major component of the child’s diet. So taking a simple dietary supplement with all the essential omega-3 fatty acids, in the right proportions, is a great alternative.

Are there any Known Side Effects or Warnings for Zoom in Children?

There are few expected side-effects of a dietary supplement like Zoom – everything it contains is natural. Regularly recommended dosages are well below the proven and approved tolerance levels for PUFAs set by the FDA.
Taking omega-3 supplements may cause mild side effects, such as bad breath, heartburn, and nausea, but they should clear up in a few days.
Zoom reduces such side-effects since it is taken in caplets along with food. There are also no problems if one dosage is missed - it can be made up the same or next day, with up to 4 capsules, since overdosing isn't likely.
Occasionally, side effects like headaches, abdominal pain, dry and itchy skin have been reported, and very rarely others like tics, nausea, insomnia, or hyperactivity. If you see any of these, stop using Zoom immediately and consult with your medical practitioner.

Take one Zoom capsule twice daily preferably with food.. The benefits don’t show up immediately, but should start to show up within 14 days. If no positive results have been observed after a month, you should discuss with your healthcare provider or pharmacist the best way to get the right results.

Are there foods or medicines to be avoided when using ZOOM?
Avoid letting your child consume foods containing high levels of fats and cholesterol frequently, especially at the same time as they take their dose of Zoom. Discuss with your doctor or pharmacist doctor if your child is already using any medication specifically for ADHD before starting Zoom.

Is Zooom suitable for adults with ADHD?

Zoom has been formulated specifically for children, teenagers and young adults with ADHD, generally up to the age of 18-20. After that, there is an alternative medication called Vayacog, that is meant for adults who have ADHD.

What should I do if my child misses a dose?

Get your child to make up missed doses as soon as possible. If possible, try to not get him or her to take two doses at once, but rather have a short break of an hour or two between the make-up dose and regular dose, with some food.

Are there any serious side effects with Zoom?

More serious side-effects are very rare, but if you observe any of the following, stop the medication immediately, and talk to you doctor or pharmacist.