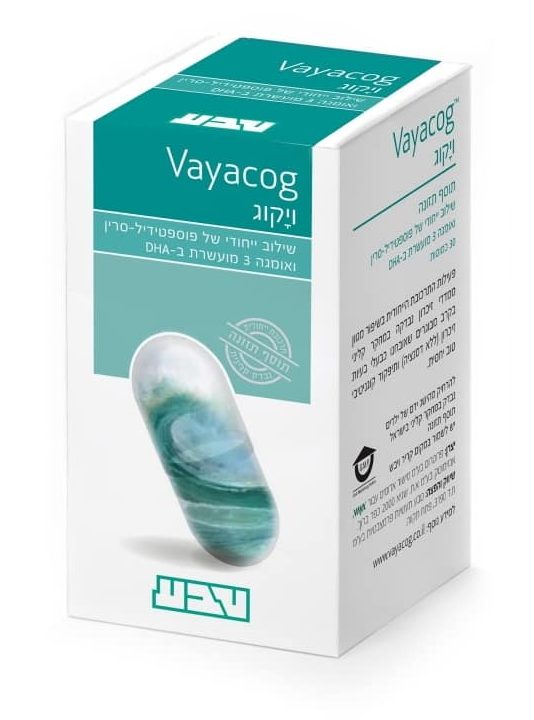 Phosphatidylserine plays an important role in brain formation in children. The brain is an important organ of the body that forms a link with other organs and systems of the body. An adequate nutrient is; however, needed for the proper functioning of the brain and they are mainly fats and lipids.

Vayacog is a dietary supplement that contains both Phosphatidylserine and omega 3 fatty acid which could help in building healthy brain cell membranes.

Vayacog is a dietary supplement designed to manage memory issues in both children and aging adults where old age is affecting their health. The generic name is Phosphatidylserine-Omega 3-Dha-Epa.

The memory function lets the brain take note of events and situations with the ability to recall them at a later time. It helps to track one's life journey. However, it is quite unfortunate that so many people suffer from memory impairment as they forget events as soon as they happen.

This is quite common in people as they age. Early detection of this disease is key for proper management. Vayacog is an effective drug in helping to improve memory abilities as well as developing learning skills.

Phosphatidylserine is a substance that is usually produced by the body and its function is to protect all the cells of the body. Every cell in the body produces Phosphatidylserine. Since the brain is the control center of the Central Nervous System [CNS], Vayacog helps in the proper functioning of the nerve cells which are located in the brain thereby enhancing a sharp memory.

The Omega-3, which is an important nutrient, is gotten directly from Vayacog. So, for those who cannot naturally eat foods rich in Omega-3, the supplement helps in getting this nutrient in their bodies at the required quantity.

The major ingredient in Vayacog is Phosphatidylserine. This is why it is a unique supplement as it helps to perform the exact function of what a naturally occurring Phosphatidylserine does in the body. It also effective in managing diseases like:

Vayacog has proven to be effective in the treatment of memory loss in patients. So many patients have recovered after using the drug according to the physician's prescription.

Vayacog also helps to regulate mood. A study showed that adults dealing with depression used Vayacog 3 times daily and for 12weeks. It was discovered that their health improved greatly.

Vayacog is also used to treat ADHD in children. A study also revealed that children suffering from this disorder experienced a significant reduction in their hyperactivity behavior after using this drug. The drug may also help to improve exercise ability and athletic performance in that it helps to keep the muscles fit for exercise. Plus, it helps to promote healthy sleep.

Self-medication is not an effective way to use Vayacog. Instead, you should use the drug as prescribed by your physician. Every individual is peculiar and the dosage to be prescribed is largely dependent on the mildness or severity of the medical issue. It is therefore important to follow the prescription for effectiveness.

Vayacog contains 310mg and the content found in it are;

Take the drug once daily whether in the morning or the evening. You can also take it with or without food.

Vayacog is a very potent drug. It works as the natural Phosphatidylserine in the body.

Phosphatidylserine in Vayacog usually protects the cells in the brain. It also helps to keep the mind sharp, active, and alert. This is why it is used in the treatment of dementia.

This is largely dependent on your physician's prescription.

Vayacog is safe for use by children and adults, provided you follow the prescription.