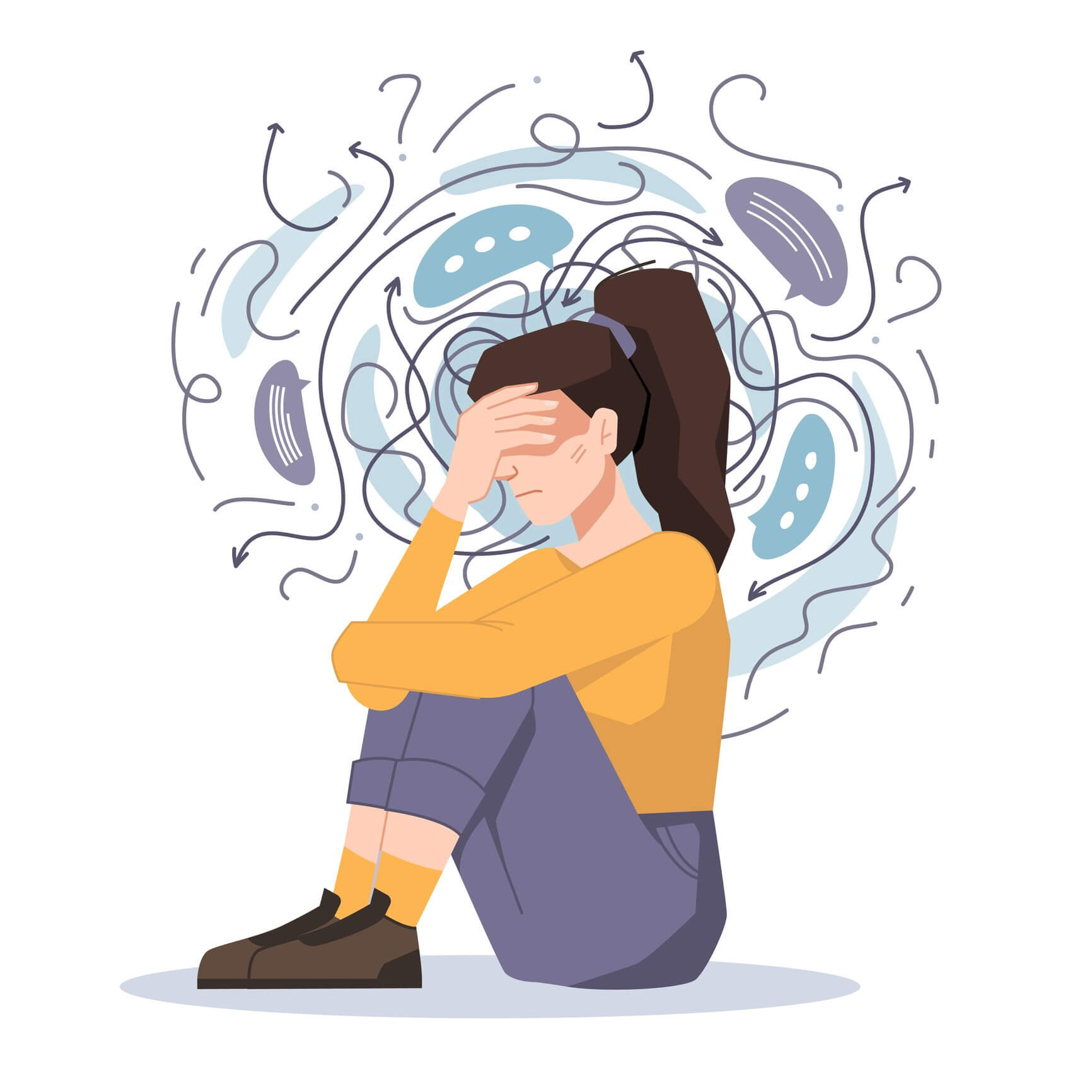 Anxiety is a normal reaction to a problem that either comes up unexpectedly or for which there appears to be no solution. Most people experience a sense of anxiety at some point in daily life. An impending important school test, upcoming medical procedure or anything else that has an unknown outcome may give rise to feelings of anxiety.

On the other hand, Anxiety Disorder is a defined mental illness that can profoundly impact a person’s life. People with Anxiety Disorder may not be able to conduct a routine daily life without being overwhelmed by anxiety. One of the main differences between general anxieties and a manifestation of anxiety disorder is that the fears creating anxiety in these people are irrational in many cases.

Phobias such as hydrophobia (fear of water), agoraphobia (fear of being in situations where escape might be difficult, such as open spaces, busses or trains), photophobia (fear of bright or flashing lights) are not based on any real danger but are instead entirely constructed in the minds of the people who have a phobia.

In this article, we will deal primarily with anxiety that may be triggered by ADHD and not with the more severe condition of Anxiety Disorder.

Is There a Link Between Anxiety and ADHD?

According to the National Institute of Health, up to 30% of children and 53% of adults with ADHD may also display some form of anxiety. They worry excessively about many things relating to school, family relations and work and may feel edgy, stressed out, and tense. They may also feel tense and have trouble getting a night of restful sleep.

In most of these cases, this anxiety is an outcome of ADHD, rather than an independent symptom. People with ADHD exhibit their anxieties primarily due to the levels of stress that the disorder exerts on their behavior. In the need to behave “normally” and match their peers’ learning and social levels, they may develop a sense of being inadequate or different. In turn, they will develop some typical forms of anxiety, such as social anxiety disorder (SAD), phobias, and separation anxiety disorder (SAD).

People with these general anxieties will have poor focus because anxious and worrisome thoughts dominate their minds.

General anxiety as it is may or may not coexist with ADHD, and also with the more severe form of Anxiety Disorder.

Children diagnosed as being primarily hyperactive-impulsive exhibit symptoms such as

Children that are diagnosed as being primarily inattentive, where the main symptoms are:

Most often, children with ADHD display elements of both main types, being at times inattentive, and at other times impulsive or hyperactive. That is why the disorder is called by the combined term Attention Deficit Hyperactivity Disorder.

What are the Signs of Anxiety?

Anxiety is a normal reaction to situations where unexpected or unwanted problems are encountered. It becomes a disorder when it starts to constantly affect the ability of a person to cope with everyday life appropriately. Anxiety that causes a high level of distress during normal activities of daily living, or when interacting with the ordinary world becomes a disorder.

The main symptoms of anxiety that are generally not shared with ADHD are:

What are the Shared Features of Anxiety and ADHD?

What are the Differences in the Features of Anxiety and ADHD?

The behaviors of people affected by ADHD may be significantly different from those of those who are anxious. ADHD symptoms primarily involve issues with immediate behavior, like focus and concentration in the case of attention deficit disorder, shifting attention and aggressiveness in the case of hyperactivity, or all of these in the most common instances of attention-deficit/hyperactivity.

On the other hand, anxiety involves issues with future occurrences, showing nervousness and fear about something that has not yet happened, does not make sense, or may be an imagined and intangible concern.

If a person is anxious, they may be unable to concentrate in some special situations in which the feared event is likely to occur. On the other hand, someone with ADHD finds it challenging to concentrate most of the time in any kind of situation.

However, where a person has both ADHD and anxiety disorder, the symptoms of both conditions may be more extreme. For example, anxiety may make it more difficult for someone with ADHD to pay attention and follow through on tasks.

Does Comorbid Mean the Same as Connected?

According to the definition in the Centers for Disease Prevention and Control (CDC), “Comorbidity means more than one disease or condition is present in the same person at the same time.” So, essentially this means that anxiety disorder and ADHD may coexist in the same person. Still, the causes and symptoms are not necessarily the same.

To tell the difference between ADHD and anxiety, it is essential to be fully aware of the features of each of the disorders and then to find where they co-relate.