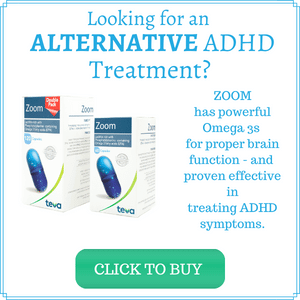 Because Attention Deficit/Hyperactivity Disorder (ADHD) is displayed mostly in a range of difficult behaviors, it’s understandable when doctors and pharmacists are asked this question that they cannot give a single comprehensive answer.

It’s well known that there is no “cure” for ADHD, and furthermore that the most frequently prescribed medications come with limitations and side effects that make them less than perfect in all circumstances.

Let us take a minute to explain what ADHD does, in terms of both observed symptoms and the likely underlying causes. Then we can try to describe some of the ways you can improve your child’s life either with an alternative treatment to traditionally prescribed drugs, or to supplement their workings.

How Does Someone with ADHD Behave?

It is easy to misunderstand or misinterpret many of the characteristic behaviors displayed by someone with ADHD. A few of the typicals misunderstandings are:

The consensus amongst scientists currently is that while ADHD has many contributory factors, the main and most prominent causes are physical rather than psychological. This in turn is indicating that some fundamental characteristics in the body are causing the disorder, although this may be the result of a wide range of completely independent factors. Amongst others, some of the established contributors to development of ADHD are:

One or more of these in combination may be the root cause of ADHD. On the other hand, there are many instances of people developing ADHD when none of the above are involved. The basic facts are that ADHD is not directly attributable to a single root cause.

What Could be Going Wrong in a Person with ADHD?

Proper brain functioning relies on the passage of electrical signals down nerves (neurotransmission). Those signals use chemicals to “jump” over synapses (the point at which they meet other nerves) in order to continue along the required pathway. In a human brain, there are innumerable synapses, and the chemistry has to be optimal at each point in order for normal brain function to proceed. One of the essential chemicals in this process is dopamine.

There is strong evidence that some misfiring at nerve synapses may be a central issue for people with ADHD. In many such cases, restoring dopamine levels with medication or dietary supplements can be one of the most effective treatments for ADHD.

How Can you Reduce the Symptoms of a Child with ADHD without Resorting to Medications?

This is indeed one of the most important questions for parents and teachers and also for physicians and therapists. Given the limitations of all current medications, it is important to have another line of defense in order to minimize the disruptions caused by the disorder. In the long run, the effects of not treating ADHD can be serious and long-lasting, so reducing the reliance on a single treatment is important.

There are many things you could do.

In the first place, you can adjust your own behaviors, as well as the behaviors of those interacting with the child, in order to better handle the symptoms. Understand that people with ADHD tend to think much more in a “now or never” mode.

When it’s your turn to talk:

Next, you can make changes to the environment where the child is interacting with others. Typically, this can include engaging in recreational programs at external venues. Introduce the child into programs offering crafts, sports and traditional hobbies to keep an environment with positive feedback.

There are many kinds of professional behavioral interventions that may involve day-long programs for several weeks at a time. Such programs typically include one-on-one training in socializing, and coached group play. As well as learning social skills, your child will also learn ancillary sports and team participation skills.

It’s important to get started as soon as there is a clear diagnosis of ADHD. Early intervention in preschool years gives a head start before any gap develops between your child and their peers. Introduce your child to early literacy and numeracy activities to give them a head start.

It’s vital to identify the real reason for any problematic behavior and what to do about it,  such as by teaching the child to communicate better verbally, setting clear boundaries on what is acceptable and following up when he or she fails to follow directions.

Children with ADHD are more likely to experience shorter sleep time, and have problems falling and staying asleep. As a result children with ADHD wake up still feeling tired and groggy.  As a result, their symptoms get worse, and that makes it even harder to focus during the day and get to sleep the next night.

Children with ADHD who are sticking to a consistent sleep schedule are more likely to show improvement in focus, energy, and attention. Having a healthy nighttime routine by setting a pattern of going to bed at roughly the same time each night can help your child fall asleep more easily and stay asleep for longer.

Studies on levels of impulsivity in children with ADHD show that time spent outside in open space improves focus and attention, and decreases impulsivity. Although the underlying reasons for these benefits aren’t understood, the benefits themselves are well known. So, make it a priority to spend time outdoors wherever you can.

Can You Help Your Child with Simple Non-medical Treatment?

Since we now know that ADHD has causes that are coming from physical conditions inside the body, it is becoming more acceptable to look for ways to reduce the degree of the disorder with simple changes in the body. Amongst others, these could include:

There is a growing agreement that the levels of dopamine in the brain and intake of the right omega 3 fatty acids are closely connected. Nutritionists are saying that a good way to get the right kind and volume of omega 3 is to eat at least two full meals of cold-water fish such as salmon, tuna, sardines, etc. However, this can be either expensive or not readily available, so you could look to simple dietary supplements that supply the necessary mix of fatty acids, especially ones that are designed specifically to deliver omega-3-rich phosphatidylserine supplemented with eicosapentaenoic acid (EPA) which was found to be most beneficial in treating children with ADHD.