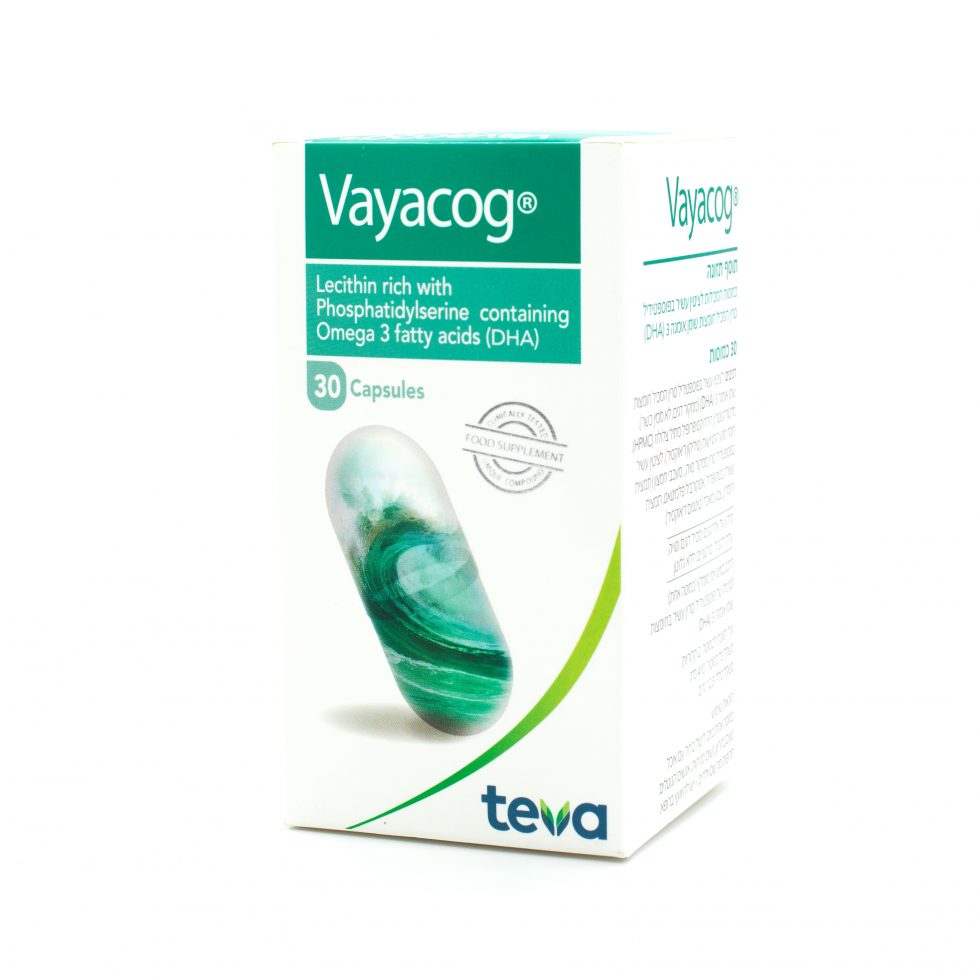 VAYACOG is a dietary supplement that acts as a source of essential polyunsaturated fatty acids (PUFAs) – also referred to as omega-3 fatty acids. These are necessary for the optimal operation of the brain in older people.

VAYACOG is a food supplement that supplies several essential nutrients that the body needs to function at its best. Dietary supplements are a gentle and natural way to boost the body’s metabolism in producing the essential compounds required for efficient cognition. VAYACOG comes in tablet form and is easy to add to the daily diet.

Why do Older People Need Vayacog?

There is strong scientific evidence that changes occur in all parts of the body as people get older. One such change that has been documented in some people is a decline in memory, cognition and attention. It becomes apparent both to the person and to friends and family that they don’t remember information as well as they did in the past. As a result, it is now taking longer to learn new facts or keep forgetting where they have put things. VAYACOG is designed to relieve such symptoms of memory loss and cognitive dysfunction.

What is the Science Behind Vayacog?

Several studies by leading universities in the USA are focusing on how Omega-3 fatty acids (usually referred to in scientific literature as polyunsaturated fatty acids or PUFAs)  are possibly involved in alleviating a wide variety of human afflictions, including aging and neuronal functions.

Historically the natural source of PUFAs in the human diet has come from eating oily, coldwater fish. However, it has become increasingly difficult for more people to find and afford the quantity of these fish sources. Typically, the best sources are salmon, tuna, and sardines. They are in short supply because of massive overfishing and are also relatively expensive.

Not eating the right foods or too little of some essential oils, vitamins, and minerals can directly cause memory loss. The proper workings of the brain in the essential functions of cognition, memory and focus depend heavily on a type of neurotransmitter known as dopamine. Dopamine is a chemical messenger that itself is not present in anything we eat. Your body has to make it directly out of your food intake so that your nervous system can use it to send messages between cells. It plays a major part in the advanced human cognitive abilities to plan, communicate, recall and think.

Vayacog provides a source of essential chemical compounds that the body needs for a wide variety of functions, especially in producing omega-3 fatty acids.

It is a unique combination of phosphatidylserine enriched with omega-3 docosahexaenoic acid (DHA). VAYACOG acts as a source of the two most important types of Omega-3 fatty acids that are especially important for combatting memory loss in older people

Why is Taking Vayacog Preferable to Eating Oily Fish?

There is a limited selection of the right fish, which must be cold-water species such as salmon, mackerel, sardines, albacore, tuna, herring, trout, and swordfish. Unfortunately, in many parts of the world, especially in areas far from the oceans, these fish are expensive and not always available.

Some of the most reported side-effects of ingesting PUFA through eating fish are fishy breath and indigestion. Less well-known is the danger of toxic intake of mercury and lead from fish coming from polluted waters. Although tolerance levels for a daily intake of these metals have been set, they generally refer to average fish consumption. Therefore, to get sufficient PUFAs through food intake requires far higher levels of consumption.

What are the Known Side Effects or Warnings for Vayacog?

The US Department of Health and Human Services’ official body, the National Center for Complementary and Integrative Health has published its findings from studies on the side effects of omega-3 supplements. It reports that any side-effects are usually mild, limited to unpleasant taste, fishy breath or bad-smelling sweat. Occasionally, headache and gastrointestinal symptoms such as heartburn, nausea, and diarrhea are reported. Some studies have linked higher blood levels of long-chain omega-3s with higher risks of prostate cancer, but this is not a definitive finding so far.

Vayacog is the preferred method since it is taken in caplets along with food. There are also no problems if one dosage is missed – you can make it up the next day with up to 4 capsules since overdosing isn’t likely.

There are few expected side-effects of a dietary supplement like Vayacog – everything it contains is natural. Regularly recommended dosages are well below the proven and approved tolerance levels for PUFA set by the FDA.

So far, the only restriction is to avoid usage by pregnant women and breastfeeding mothers. This is because there have not been enough studies including these two groups to say that they enjoy the same degree of safety as all other people.

The omega-3 fatty acids components EPA and DHA also act as mild blood thinners. If you are already taking some anticoagulants, talk first with your pharmacist or healthcare provider to adjust the dosages.

Occasionally, side effects like headaches, abdominal pain, dry and itchy skin have been reported, and very rarely others like tics, nausea, insomnia, or hyperactivity. If you see any of these, stop using Vayacog immediately and consult with your medical practitioner.

What are the Possible Interactions of Vayacog with Other Medications?

For adults, the more well-known possible interactions are:

Vayacog is a natural treatment for older people suffering from symptoms of cognitive dysfunctions and memory loss. There are very mild possible side effects, which we have identified here. However, it’s important to remember that the standard prescription alternatives have a much longer list of known adverse effects. These include weight loss, decreased appetite, irritability, insomnia, headache and stomachache. Vayacog is a mild, natural and easy alternative. Always remember to discuss this with your pharmacist and healthcare providers before making any changes to your treatments.