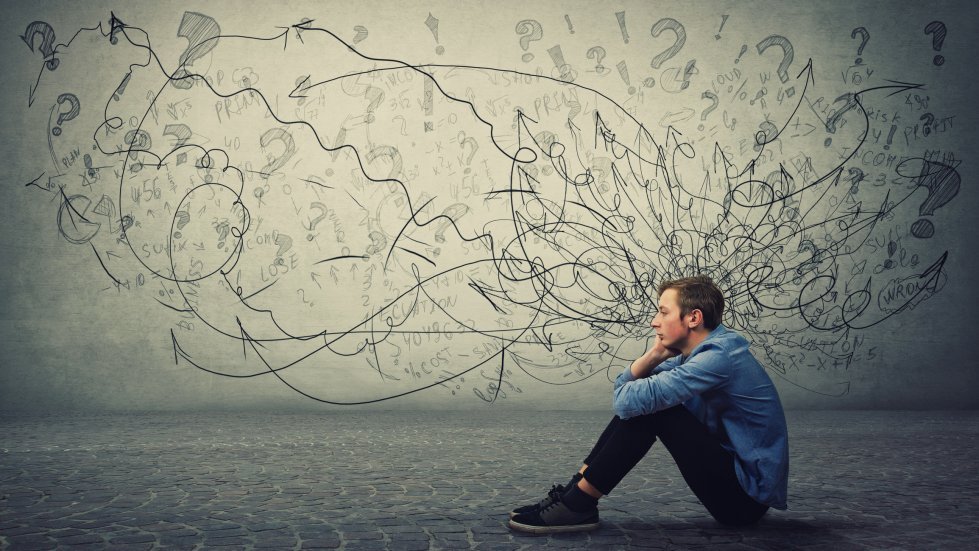 For a few years, a theory proposed that children diagnosed as having Attention Deficit Hyperactivity Disorder (ADHD) were inheriting this disorder from their fathers. This theory was based on two observations. Firstly, it was becoming increasingly clear from hundreds of population studies that ADHD is very likely to be an inherited disorder. The evidence has been growing for decades, and some of the studies put the degree of inheritability as high as 70-80 percent, although usually the figures may be indicating something like 30-50%.

The second observation was that boys are about three times more likely to be diagnosed with ADHD than girls. The prevalence of ADHD diagnosed in young boys was being attributed to some genetic factor that had to be coming from their fathers, since sons inherit their male characteristics via the X chromosome that they get from their fathers. So if more boys than girls develop ADHD, it must be coming from, or triggered by, a gene on the X chromosome.

While this sounded like a neat way to explain the imbalance in the incidence of ADHD between girls and boys, it turned out to be highly unlikely. As we have written before, ADHD is harder to diagnose in girls mainly because the symptoms of attention deficit are more subtle, making it too easy to regard it as typical shyness in young girls. Boys are boisterous, noisier and more outgoing, and attention deficit will be easier to detect when the behavior is more reflective and quieter. A girl who wants to play quietly on her own with her favorite dolls or read her books will appear to be acting “normally” and it will raise no red flags for parents or teachers.

In the end, the idea that ADHD may be related to a gene on the male X chromosome has largely been overturned. There is no reported difference in the number of males and females with the disorder as they mature, so it was a matter of how the diagnosis was being made in earlier childhood years rather than any actual difference in incidence. The bottom line is that the same numbers of males and females can develop ADHD.

What are the Main Causes of ADHD?

ADHD has many contributory factors that are the result of a wide range of entirely independent causes. However the most prominent causes of ADHD are:

How Much do Doctors Know About the Inheritance of ADHD?

It is not yet wholly conclusive; however many published studies such as the one by Professor Russel Barkley of the Virginia Commonwealth University Medical Center show a clear genetic link between family members with ADHD. The research has even picked up some evidence of possible candidate genes that may individually or in combination be the likely causes.

Right now, there is no genetic test to determine whether a person does or doesn’t have ADHD. Further research is being accelerated because having a way to detect ADHD by something other than observing behavior is important. Having a definitive diagnostic tool will allow treatment to begin earlier, and could even go so far as to help family planning. It will also assist drug companies in searching for better medications for ADHD if they know more about the biochemistry of the disorder.

There is a strong genetic link in the transmission of ADHD between parents and children, but no clear evidence has come out of studies that can pinpoint the exact location, or even the number, of genes involved. It’s been concluded that more than one gene is likely to be involved, and that they may have a cumulative effect rather than being simple on-off triggers. There is no evidence whatsoever that there is any sex-chromosome linkage in the inheritability of ADHD, so the definitive answer to our question is that ADHD may be inherited from both parent in combination, but not from the father alone.

If One Parent has ADHD, Will All Children Inherit the Disorder?

In studies conducted so far, the pattern of inheritance is believed to be around 30%-70%. This is an indication that more than one mutant gene is involved. If a  single gene caused it, there’s a 50% chance that a child could inherit it from a parent. It is not the same thing as saying that half of all the children will get the gene. It could actually be passed on to all the children, or to none of them. It’s purely a matter of chance.

If a single gene triggered ADHD, then very different statistics would be found in the surveys. In the case of a single dominant gene, then precisely one-half of the surveyed population should have the disorder. If it is a recessive gene, then never more than one quarter (25%) of the surveyed kids would be diagnosed. The more extensive occurrences that have been reported indicate that multiple genes must be at work in combination to create conditions where ADHD will develop.

If multiple genes are involved, then the picture becomes more complex. Putting it simply, it may be necessary for all of the mutant genes to be present in order to trigger ADHD. When parents pass their chromosomes into a new baby, there’s a complete remix of their genes, with half coming from each of them, as well as breakages and relinkages of their chromosomes when eggs and sperm are created. This is one of the wonders of how unique individuals are created!

It’s important to understand that having a genetic risk doesn’t automatically mean kids will have ADHD. Many children who have a parent with ADHD do not develop ADHD themselves, and kids without any family history of ADHD can develop it.  Many other non-genetic factors can also be involved.

Which Parent Passes on ADHD?

The basic answer is “neither parent passes on ADHD,” even though ADHD may have been inherited. Each child inherits a unique combination of genes from its parents. The disorder may only have developed because a unique mix of different genes from each parent has combined to create the disorder in this child. The same parents may have many children, and each one will have a different combination of genes, so not have the disorder. It’s purely a matter of blind chance.

Is ADHD Maternal or Paternal?

There is no way to attribute ADHD to a single parent, and particularly no way to positively say that it is related to genes inherited from fathers or mothers as a rule. It was once believed that fathers had some specific influence, but this has been proven to be based on incorrect statistics (a “false positive”) so there is now no relationship between the inheritability of the disorder and individual parents.

Is ADHD Dominant or Recessive?

It is implausible that ADHD is caused by a single mutant gene, since the statistics of inheritability don’t bear that out. On that basis, it’s impossible to say that ADHD is either dominant or recessive – the disorder is inherited in no particular pattern, but is present due to the unique combination of genes that the child has inherited.

Does ADHD Skip a Generation?

There is no evidence that ADHD can be attributed to just one gene, and the pattern of “skipping” generally belongs to whether a single gene is dominant or recessive. For this reason, it is doubtful that any observation that ADHD may skip a whole generation in one family can be attributed to any single factor. As we have said above, the development of ADHD in each child is purely “by chance”, caused by the unique combination of genes that the child inherited, along with many other factors.

ADHD affects more young people in the US than any other disorder. A 2018 survey conducted by the government’s Center for Disease Control (CDC) estimated that between six and seven million boys and girls under the age of 18 have shown significant signs of ADHD since birth. This represents about 9% of the population, and it probably is only an estimation of the minimum since the surveys all acknowledge that diagnosing ADHD in young girls is far more complicated than in boys. This may mean that the total number of affected children may be as much as 30-40% larger, amounting to closer to 12%, or one child in eight.

ADHD is usually first noticed when children start school, but some signs may be evident even earlier. Symptoms of the disorder can show up as two very distinctly different kinds of behavior: inattention (attention deficit) or impulsivity (hyperactivity).

Inattention means the child is easily distracted and quickly loses concentration. S/he loses things, tends to give up on longer tasks, does not follow instructions, constantly shifts attention between tasks, and struggles to prioritize them.

Hyperactivity and impulsivity means a child is incapable of remaining silent and still when required to focus. S/he appears to be confused and moves around constantly, lacks attention span, exhibits excessive and irrelevant chatting, cannot queue patiently. S/he  tends to act irresponsibly and interrupts and stops conversations.

In the majority of children, there are signs of both of these patterns of behavior. This is why the two types have been joined with the universal label ADHD (attention-deficit/hyperactivity disorder).

Distinguishing between normal behavior and ADHD is not easy. All children sometimes behave in ways that may resemble inattention or hyperactivity, but this is not indicative of a disorder. Usually, the sign that it is ADHD and not just improper behavior is when these symptoms persist or worsen as the child grows older. The result is difficulty in school, with friends, and at home, and then the likelihood of ADHD should be considered.